Learn more about National Flag Day and how you can get a flag of your own, straight from Parliament Hill.

Get A Canadian Flag From Parliament Hill

Learn how you can get a flag directly from Parliament Hill.

What is Flag Day?

National Flag of Canada Day (commonly shortened to be called Flag Day), is observed annually on February 15 to commemorate the official inauguration of the Flag of Canada on that date in 1965. The day is celebrated nationwide as celebrants proudly fly the flag, participate in special public ceremonies, and teach the history of our flag in schools. It is not a public holiday, although there has been discussion about creating one.

1. The flag is known as the Maple Leaf (or L’Unifolie) which means “the one-leafed” in French.

2. We got the Maple Leaf flag after Prime Minister Lester B. Pearson brought up the idea of a new flag in 1964.

3. There were over 5,000 designs submitted and looked at before George Stanley’s Maple Leaf was picked.

4. The Maple Leaf was made the official flag of Canada and raised on Parliament Hill on February 15, 1965.

5. The Canadian Red Ensign was the unofficial flag of Canada since the 1890s until we got the new Maple Leaf in 1965.

6. The dimensions of the flag — twice as long as it is wide — are unique to Canada. No other flag uses those dimensions.

7. Red and white, the colours of the flag, are the official colours of Canada as declared by King George V back in 1921.

8. Want a flag? The ones flown on Parliament Hill in Ottawa are given away to citizens for free… but there’s at 70+ year wait to get one!

9. In 1984, The National Flag was launched into outer space on NASA’s Challenger space shuttle with the 1st Canadian astronaut, Marc Garneau.

10. In 1989, the National Flag went to the highest point in the world when Canadian mountaineer Laurie Skreslet took it to Mount Everest. 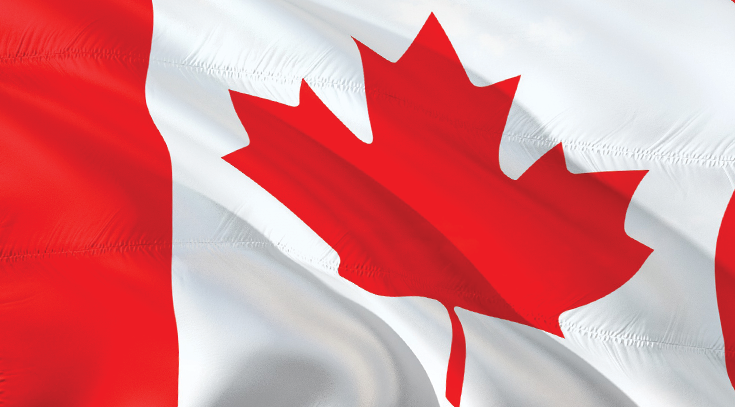 As a courtesy, flags flown on Parliament Hill are given away to citizens.

Learn more about The Flag Master ›